There are a lot of ways to add interest to your vocal tracks. In previous articles I talked about treating your vocals to get a clean mix as well as creative vocal effects.  Both of this article shows off some pretty essential techniques when working with vocals. In this article I want to look at Backing Vocals as a way to spice up your tracks. Backing vocals can make a vocal sound bigger and give it more depth. A great example of this is doubling a vocal to make it sound like there are two people, albeit the same vocalist.  This can make it seem like the singer had another back up vocalist singing along. Using trickery and the power of Ableton Live we can create some really cool backing effects. 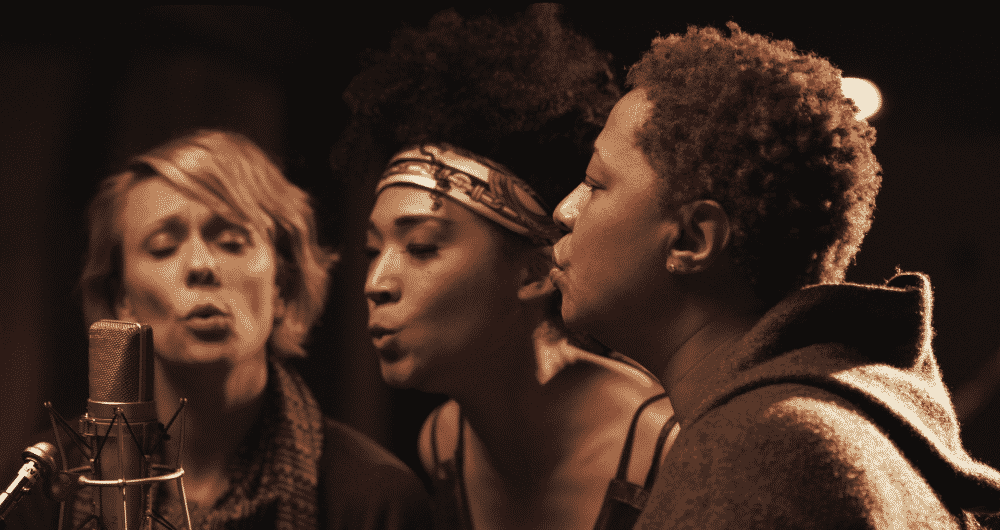 The easiest way to create a doubling and chorus effect is by having multiple takes. When you are tracking the vocals just have the vocalist, record a few times. Then choose one as a the vocal lead and have the other as a backing. For the backing track I generally lower the volume and pan it slightly different. You also are not limited here by the numbers and have 2, 5, or more layers of vocals. A great example of this is Imogen Heep (if you are a vocalist you might be interested in this interview she did on her vocals). She uses a lot of vocal layers and edits to give it the depth she is looking for.

Heather Christie, or Cheraki, showed me this simple but effective technique in the studio called Whisper Track. The idea is you do a few takes of the vocal line as a whisper. By recording the soft whispers, it lets you add an interesting breathy quality that you can layer in the mix.

Another common technique is to re-record the vocals, but harmonize them. So you would be singing the other parts of the chord, like a 5th up or a 7th, and so on.  This technique will get you closer to a vocoder sound and a harmonized vocal. The key here is to have really solid intonation. All the vocal takes need to be spot on in terms of pitch, otherwise strange harmonics will come out and not sound as good as you will like.

If you only have one good take of the vocals, there are a few ways to “hack” it into sounding like a backing track. One way is using the Complex Pro technique I showed in the Creative Vocal Effects Article.  You can also duplicate the vocal and then process the second vocal a little different and lower it in the mix to give it a backing vocal sound. One example would be to use a different reverb and have it 80-100% wet. Or you can nudge the sample slightly before or after the Lead Vocal.

Here is an image nudging the sample. You can click the Clip and then press ALT and hold it to move the sample off the Grid.  Slight movements here help give it a different timing and create that doubling effect.

If you want to take this a step further play with the vocal timing with Warp Markers. You can slightly change note by note, or word by word. This will give it that natural backing vocal sound of not being the same take. Use wisely.  I also like using effects like saturation, EQ, slight delays, and so on to the vocal to change the character of the duplicated vocal. If it’s low in the mix and panned differently, it can give it a unique quality.

If you have techniques you like to use for backing tracks, please share a comment bellow. Love to hear what other ideas are out there.  Also check out Cheraki’s music to hear here brand new album

This site uses Akismet to reduce spam. Learn how your comment data is processed.